Originally from Asia Minor, the turkish turtledove has only been populating our European towns and countryside since the middle of the 20th century. It is the most commonly encountered in France. Quite physically close to the pigeon, it is however distinguished by its smaller size. This migratory bird, which can cause damage in newly seeded beds, is not always very popular with gardeners. Let’s find out more about this bird with an ambiguous name which designates many species.

The term turtledove is commonly used to designate different species of birds belonging to the family of Columbidae (Colombidae) but with four very distinct genera, namely:

Let’s take a closer look at the Turkish Dove since it is the one we see most often in France. 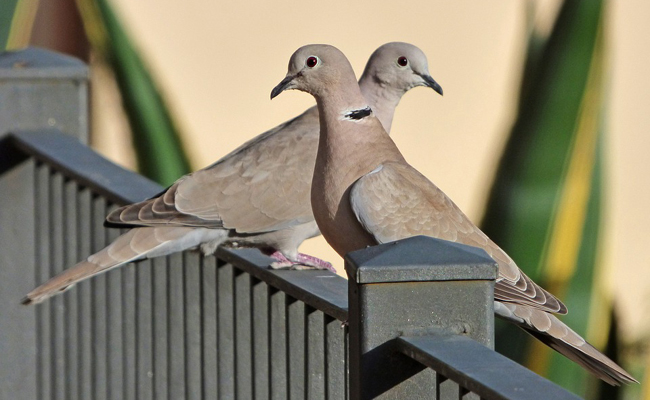 Originally from India, this small migratory bird is now common in our urban and rural landscapes. The Turkish turtledove (Streptopelia decaocto) is not very fierce in the face of humans. She has lived in Europe for a little over half a century and it is in the Vosges that we were able to meet her for the first time in France. It is quite common also on the African continent as well as in Asia, and has established itself quite recently in America.

It has reddish-brown eyes and a short, thin, wine-gray bill. Its plumage is pinkish beige on the chest and head (the face of which in the female is buff), sandy gray on the back and the wings at the end of which the feathers are lighter. Its tail has white and gray plumage. The Turkish turtledove is recognizable by its half black bezel which the juvenile turtledoves lack. This necklace is also found in the domestic turtledove (Streptopelia risoria) and the collared dove (Streptopelia semitorquata) which is sometimes confused with the Turkish turtledove.

In adulthood, its weight does not exceed 150 grams and its length is 32 cm at most. There is no no sexual dimorphism between the male and the female but one can nevertheless differentiate them one from the other by their behavior during the nuptial period.

The turtledove does not sing but caracoule relatively monotonously since it emits only three tones quite close to each other. 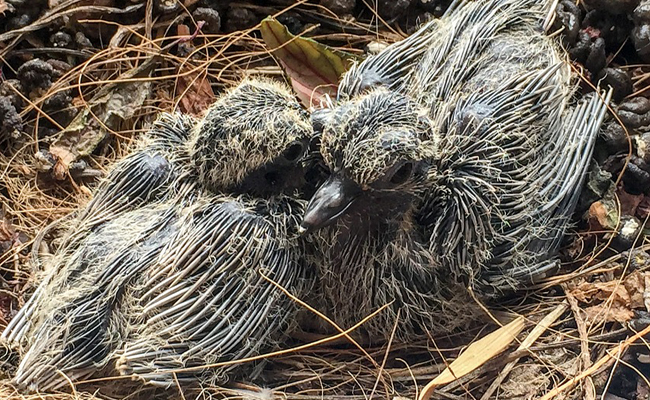 Reproduction of the turtledove

The turtledove makes its nest in tall hedges, trees and shrubs, and sometimes even on pylons by composing with roots, twigs and stems, small platforms where the female usually lays two eggs. They are white in color. Dove eggs are brooded by male and female who take turns for 15 to 16 days. After hatching, the parents feed their young for 19 days with pigeon milk. It is none other than the regurgitation of a substance produced in the crop and which consists of cells rich in proteins and lipids. After this period, the lovebirds fly away.

In France, there is no well marked reproduction period in these birds since they can reproduce in any season. On the other hand, in colder countries, reproduction takes place mainly in spring.

What does the Turkish dove eat and where does it live?

In decline in a few European countries, the Turkish turtledove is very present in France where its population is not threatened because it colonizes without difficulty all the sites which are favorable to it. The destruction of nests is mainly due to bad weather and its main predators such as magpies and ravens which belong to the family of Corvidae (Corvidae).