Rather composed animal, the Weimaraner is an outstanding hunter. Nevertheless, he will know how to evolve perfectly within a family provided that it is sporty enough, because this dog needs a lot of physical activities to be well.

Characteristics of the Weimaraner

The Weimaraner immediately stands out for its power and elegance. He has a real athletic body which he owes to his origins as a hunter. The dog has a size of medium to large between 57 cm and 70 cm for an estimated weight between 25 and 40 kg. With a long, firm body, he develops muscles and a powerful chest with high limbs. The head is proportional to the body. It is adorned with a long nose, a powerful jaw and a slightly accentuated stop. The Weimaraner has amber eyes that express a lot of intelligence. But when the animal is still small, the eyes are blue. The coat is generally fine and short although it is also possible to find longhaired Weimaraners. The dress features all shades of gray: mouse gray, deer gray, silver gray, etc. 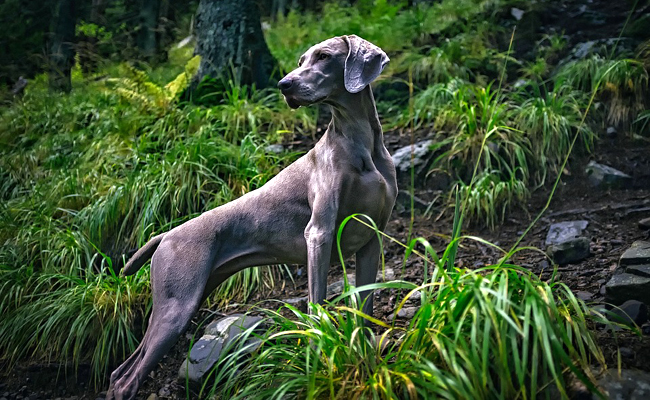 History of the Weimaraner breed

According to legend, this breed is of royal lineage. It is said that she would have descendants from the gray dogs of Saint-Louis, breeds of the court of King Louis IX. But the most plausible story is that the Weimaraner came from Germany and appeared in the 17th century in the Duchy of Saxe-Weimar. The dog would have been very popular with the nobility to hunt lynx, wolf, wild boar or deer. Over the centuries, crosses with other breeds, such as the German shorthair pointer or the Saint-Hubert dog, have been wrongly undertaken due to high inbreeding. But around the 80s, proper breeding was carried out to restore the credibility of the Weimaraner, which was no longer a victim of these wild crosses. 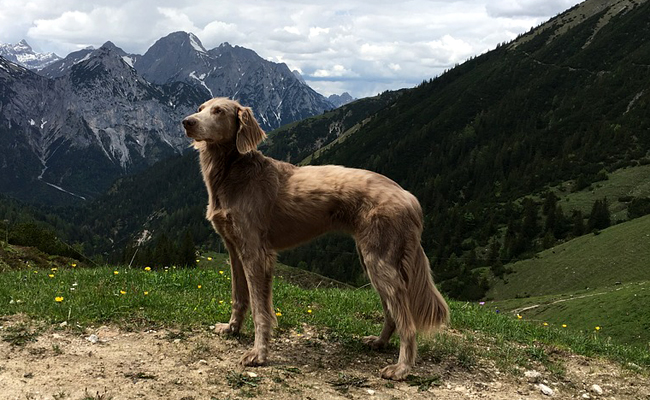 Necessary living conditions and behavior of the Weimaraner

The Weimaraner has several caps. He is first and foremost the perfect hunting dog. He has a very developed flair which allows him to excel in this activity. Among other things, he can take the role of rescue dog or guard dog. The Weimaraner is also a great family pet. He is courageous, intelligent and docile, although he can be proud at times. He can live in an apartment provided he goes out often, but it is better to offer him a garden or even a country life for his well-being. 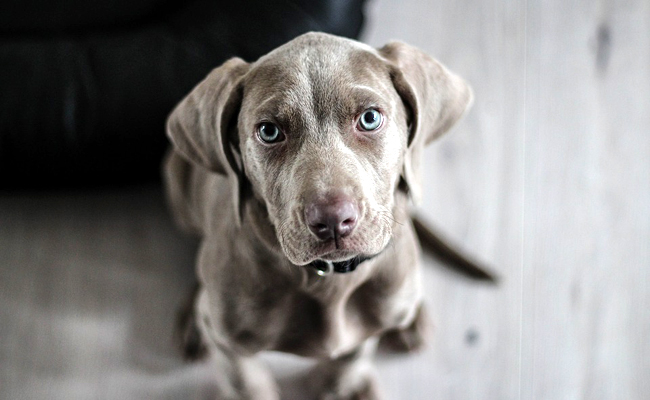 Diet and main health problems of the Weimaraner

Like all large dogs, the Weimaraner is not immune to stomach torsion problems. This is why it is forbidden to make him practice physical activities after eating. As for food, as it is an athletic dog, it needs meals rich in minerals and vitamins to meet its energy expenditure. Be careful, however, to its gluttony. It is better to adapt the amount to your weight, age and health to avoid overweight.

Price of a Weimaraner dog or puppy