Failure in this match has given me more lessons and more value. If I win then there are a lot of mistakes that I don’t realize. And if not corrected, these errors will lead to even more severe failures. I think that I need to be careful, forge more competitive spirit as well as more mentality to give myself the luggage for the future.

The challenge of Thanh Dat and Lan Anh is named Hidden mascot. SAfter solving the eight encoded codes in the eight nonogram sets, they found the buffalo that the organizers had hidden on the screen.

In the end, both were unable to find the buffalo. Lan Anh won because she won all 8 sets of nonograms correctly. Thanh Dat lost because he was wrong one set …

This result makes the audience “stir up” the reaction. You read HN sent to Youth comments: “Honoring the winner but not yet overcoming the challenge of the program, why is it called victory”.

Teppi also shared his opinion: “I still give Thanh Dat superior. She solved math problems in her head without a draft. Knowing the results, but somehow mistaking the number 6 to 8. Lan Anh is also good but still not overcoming the challenge set out by the program. I don’t think it’s worth winning like that “…

On the show’s fanpage, on YouTube, thousands of comments were written: “The contest of Lan Anh and Thanh Dat is really not convincing. Agree the rules of the game have been made, and the winner is Lan. You, but neither of them can complete the ultimate challenge of finding the buffalo.

If you only rely on the correct 8/8 monogram to move forward, many people will not be satisfied, frankly, no matter who wins, only luck, because no one can overcome the challenge .. . “.

The confrontation of Lan Anh and Thanh Dat in episode 8

Send the frustration of thousands of audiences to Vietnam Super Intellectuals, The manufacturer claims the results are completely reasonable. Mr. Ngo Pham The Hien, representative of the production and broadcasting unit, said:

“In each challenge, the game rules of the program are publicly announced, discussed and agreed by the contestants.

The exams of Lan Anh and Thanh Dat, both agree and agree with the competition rules with the organizers: if both do not find a buffalo, the nonogram result will be considered.

If you are right, you will win, and if you both have the same nonogram, you will continue to take the test with the prepared backup set.

The contest of Lan Anh and Thanh Dat is a two-class challenge with a combination of computing power and spatial thinking that shows very high multitasking. In the logic of the exam rules, solving the nonogram is a necessary condition to complete the challenge.

The nonogram in the challenge of Thanh Dat and Lan Anh is a difficult item requiring high computational capacity, it has a lot of confounding factors with scattered numbers, leading to inference and imagination of candidates. There will be many obstacles.

Therefore, in addition to finding the image of the buffalo, it is completely reasonable to use a nonogram to determine whether to win or lose in this challenge.

“Hope Dat can come back”

Thanh Dat is currently a student of class 61, audit class 61A, National Economics University. The student with small stature who was a contestant on the way to Olympia in the 18th year had a “super impressive” performance at Vietnam Super Intellectual season 2.

With the Constellation of Knowledge challenge, Dat not only became the first candidate to set a record of having an absolute score of 150, but also made many audiences love and admire. 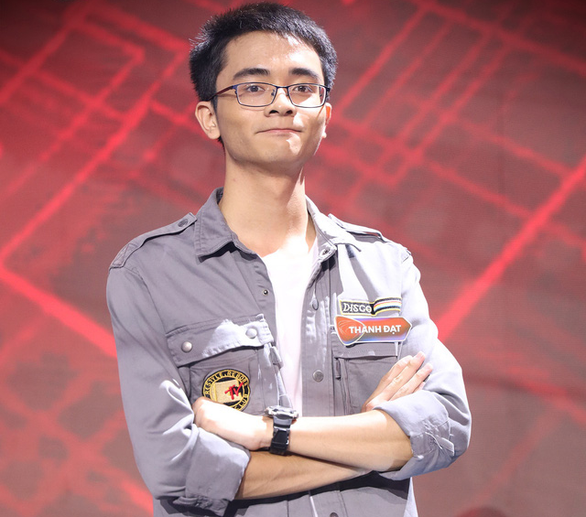 Thanh Dat in round 1 of Vietnam Super Intelligence season 2

With what Thanh Dat showed in round 2, many viewers still expressed their love for this loser and wished Dat could return to the show:

“Although Dat did not win this contest, the ability to solve the nonogram in his head really proves his divine ability”, “I like Dat’s solution, it looks like he’s drawing calligraphy. . “,” Thành Đạt has changed to 356 on the handheld board already but forgot to fix it on the table. Actually Dat is much better than a girl in both thinking and imagination. Hope Dat can be back! “.

In response to many people’s feelings, Thanh Dat wrote a letter on his Facebook page, thanked the audience for their interest and did not forget to send:

“I noticed that there were a lot of comments criticizing Lan Anh. For me, when I accepted the challenge to enter this fight, I also took the risk, and it was my choice. I never regretted what I did.

Coming to this round, my goal is to best complete the challenge, and not to put too much emphasis on winning or losing. And Lan Anh should not be subjected to criticisms, I myself do not like it, let alone Lan Anh’s feelings.

To get here, she also had to put in a lot of effort and if many people thought that it was luck, then this luck is perfectly reasonable for what she spent. 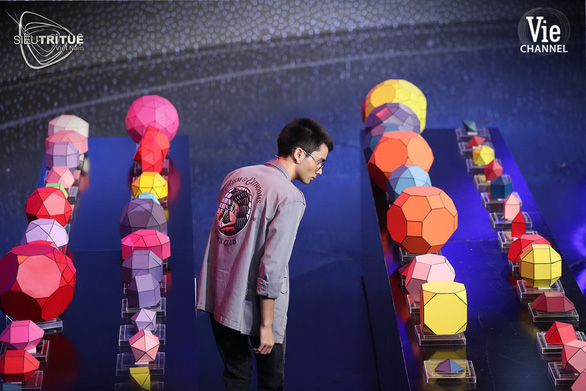 Share privately with Youth OnlineThanh Dat also frankly: “Going to any match, there will be winners and losers, so I completely accept the results of the last match.

Regarding the rules of the game that were announced by the scientific team, the organizers have agreed to the contestants to ensure fairness for the two most contestants, specifically: If the image of the target buffalo cannot be found, then to accuracy of 8 nonogram problems and priority on problem solving time.