Pigeon, dove or turtledove… What are the differences? How to navigate? It is quite normal to have difficulty identifying these birds that look alike. But once you read the article, you won’t have any more excuses to mix them up!

The family of Columbidae

This family of birds includes 49 genera and nearly 350 species. Doves, pigeons and turtledoves are among them. Their common points are as follows:

Some species have faded away. The best known is undoubtedly the Dodo of Mauritius, this large pigeon unfit for flight which disappeared in the 17th century.

In common parlance, the term “dove” often refers to the white version of a rock pigeon or domestic turtledove.

However, in the terminology of the International Commission of French Names of Birds (CINFO), there is indeed the term “colombe” but it is never alone. The list includes 47 names, here are a few examples, chosen from among the most exotic: dove aymara, dove picui, dove mondetour, dove rouviolette, dove versicolor.

All these doves are birds ofAmerica, North or South. We therefore do not meet a dove as such in freedom in France. 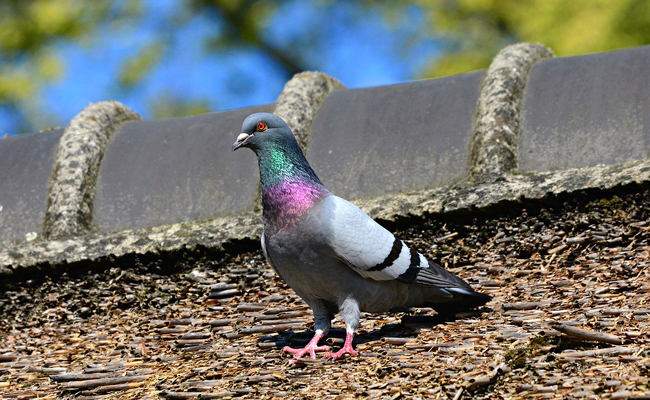 Scientifically, the rock pigeon is called Columbia livia. There are several variations (subspecies). It is the over-represented pigeon in our cities. Should we still describe it? The head is covered with dark gray feathers, the neck, chest and feathers covering the wings bear brilliant iridescence, with yellow, green or purple hues. This particular coloring of the feathers may be a little less strong in females. The iris is orange, red or golden. The bill is gray-black and the legs are red.

“Wax” is the term for the growth of bare skin at the base of the beak, surrounding the nostrils. It is made of soft keratinized tissue. It is a visible part in the rock pigeon. Sensitive, it can be the seat of various affections, the origin of which may be parasitic, viral, bacterial, nutritional or tumor. Its alteration is fairly obvious.

This pigeon has been used since ancient times for different purposes:

The overcrowding and degradation caused by these pigeons in the cities give an image of insalubrity. Being around them can make you fear catching illnesses. If they are carriers of various bacteria or viruses such as trichomoniasis, salmonella or toxoplasmosis, they are rarely transmitted to humans. However, fragile people – children, the elderly and pregnant women – can occasionally be affected.

There are several strategies for limit their development: 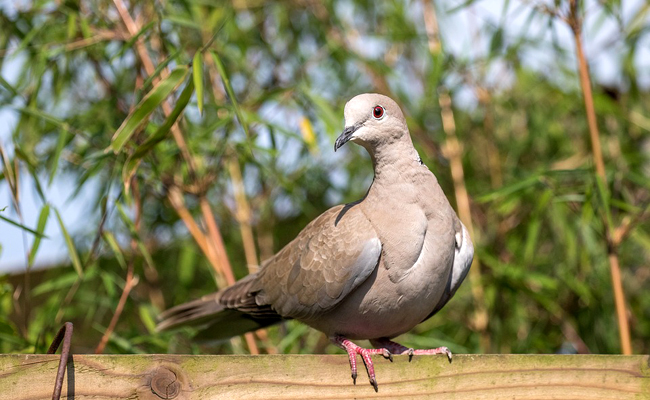 While the rock pigeon measures between 29 and 37 cm long, for a wingspan of 62 to 72 cm and a weight between 238 and 380 grams, the domestic turtledove, which is one of the largest doves, measures between 24 and 33 cm for a weight not exceeding 240 g.

There are many varieties of breeding, including a variety white, commonly called a “dove” and often confused with the albino rock pigeon. Having sometimes escaped from farms, they are found in nature, in the wild. But it is rare.

The turtledove was domesticated 2,000 to 3,000 years ago. In captivity, some individuals can reach the age of 30. The wild species from which it comes comes from Africa. Before any purchase, it is important to know its age and sex, which will be easy if you turn to serious breeding. It is also strongly recommended to carry out a health check at the veterinarian after the purchase because of the diseases that the bird can potentially transmit to humans.