From white waders In Europe, it is possible to confuse the little egret, the great egret and the cattle egret. By observing them carefully, one can identify the three species.

Heron or egret, the same family

Little Egret (Egretta Garzetta), the great egret (Egretta alba alba) and the Cattle Egret (Bubulcus ibis) are three wading birds belonging to the order Pélecaniformes and to the family of ardéidae. Following DNA analyzes, the great egret – formerly classified in the genus Casmerodius – is now considered a heron. If it looks more like a heron than an egret, it has kept its vernacular name.

Ardeids are medium to very large birds with long beaks and tall, tapering legs resembling stilts. Ideally suited to their lifestyle, this morphology allows them to grab food in water without getting wet plumage. The neck of the Ardeidae folds into an S when at rest and in flight, then stretches when the animal is on alert or captures prey. The beak in the form of dagger is characteristic of the piscivorous diet, the majority of the group. Most members of this family occupy a wide variety of habitats wet or aquatic. Their plumage is generally discreet, even cryptic for some, with shades of gray and brown that can go up to a bright red, however broken by disruptive marks. Ardeidae are the exception all white that are certain egrets and herons.

Heron and egret: how to recognize them?

Below are the physical characteristics of the three species:

The little egret is distinguished by:

The Cattle Egret has: 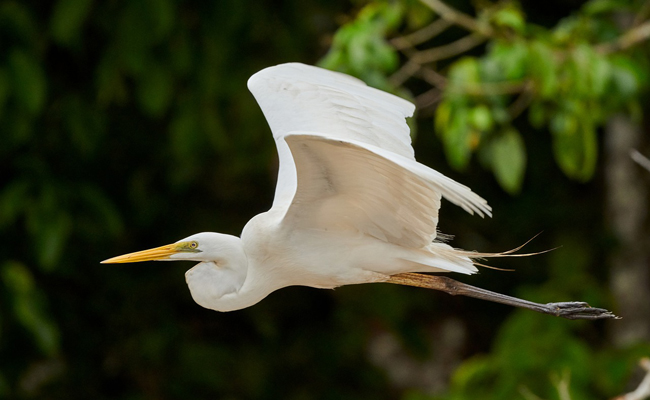 Overview of the global distribution and habitat of the three species:

Heron and white egrets: some benchmarks

Here is a summary of the major differences which allow easy identification of each of the three species: